Here are our active members that work voluntarily for Ocean Sounds e.V., in addition we have >50 passive supporting members. 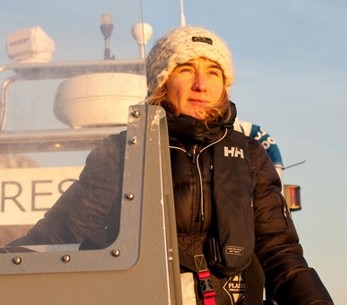 Born in Germany, studied Biology in Berlin and moved to Northern Norway in 1998.
1999-2003 Master thesis in Arctic Biology and Physiology at the University of Tromsø.
Moved to Henningsvær / Lofoten in 2004 and founded Ocean Sounds in August 2005.
Since 2003 studies the behavior and communication of Orcas in northern Norway.
Since 2006 studies all whales and dolphins, in particular long-finned pilot whales in the Vestfjord.
2008-2010 Scientific Tourism project in Patagonia, Chile.
2012-2016 lecturer for Animal Behavior and Biology of Marine Mammals  at the University of Nordland in Bodø and supervised bachelor and master students.
2017 PhD in Biology on the vocal behavior of killer whales and long-finned pilot whales in northern Norway
– in cooperation with the Cognitive Ethology Group/German Primate Center at the University of Göttingen in Germany, the Max Planck Institute for Dynamics and Self-Organization.
PhD thesis
Since 2015 whale and dolphin conservation in Raja Ampat in cooperation with the University of Papua in Manokwari (Dr. Ricardo Tapilatu) and local NGO’s.

..her main interest is to preserve life on this planet by trying to minimize human destruction…

OceanSounds 2nd director,  photographer, tour operator (Lofotenreisen.de), he started working with Heike in 2010 and has now (2014) joined the charity.

Ralf Ehret, accountat. He has a long standing career in accountance and experience with non-proft organisations in Germany. 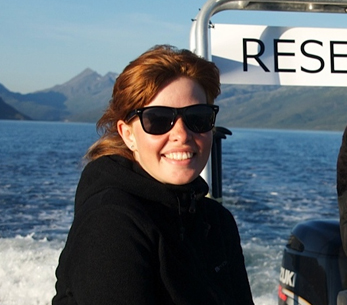 German, came for the first time to Norway in 2006 for holidays and met Heike & Ocean Sounds and has been an assistant since. During her summer breaks from school she helped Oceans Sounds during 2007, 2008, 2009, 2011, 2012 and 2014. Her work with Ocean Sounds inspired Madita to learn more about bio-acoustics and she volunteered at the archive for animals sounds / HU Berlin.
She is now conducting her PhD in Biology at the University of Leipzig.
She is curating the OceanSounds Killer Whale Photo-ID project.

„As I always wished to be one with the waves -OceanSoul- “

Biologist – Specialized in bioacoustics and behaviour of marine mammals

Nicola is a German behavioural biologist and specialized in killer whale bioacoustics and behaviour. She started working with Heike and Ocean Sounds in June 2016.

Nicola has a Master of Science degree from the University of Hamburg, Germany, and wrote her Master’s thesis on the vocalizations and behaviour of killer whales in the North Pacific. In the year 2000 she started research on killer whales and worked as an independent biologist on several marine mammal projects in Canada, Scotland and Germany since then.

When she heard killer whales the first time on a hydrophone, during her stay on a small uninhabited Canadian island, she immediately wanted to know more about the communication and the behaviour of these fascinating animals. This moment was very special because there was absolutely no boat noise during the hydrophone recording; only the beautiful calls of killer whales. She is still fascinated every time she hears marine mammal vocalizations because we still know so very little about their communication. 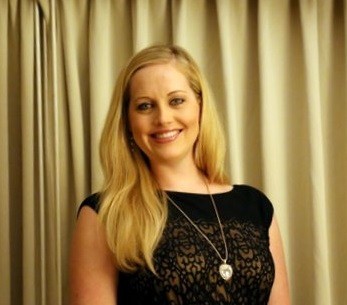 2014 Master of Science Degree in Marine Ecology from the University of Nordland: Distribution and vocal behavior of Atlantic white-sided dolphins (Lagenorhynchus acutus) in northern Norway.

2016 Main Researcher in cooperation with Dr. Heike Vester for the Whales & Dolphins in Norway project. Main research focus on the distribution and behaviour (including acoustic communication) of Atlantic white sided dolphins, long-finned Pilot whales and Orcas.
2016 started stranding network group in Bodoe with a stranded Sowerbys beaked whale. She is leading the Ocean Sounds Bodoe whale club. She also works with whale watching companies (Arctic Whale Tours) to study the whales in Vesteralen and Tromsoe.

She has always loved the ocean since she was a small girl growing up in southern California. She decided to pursue her passion of marine biology and moved to Norway in 2010 to study a Bachelor of Science Degree in Biology at the University of Nordland. She started working with Dr. Vester / OceanSounds in 2012 on her bachelor thesis on Killer Whale Photo-ID and completed her degree in 2012. She further pursued working with OceanSounds on her master thesis studying the vocal behavior and distribution of the Atlantic white-sided dolphins in northern Norway. Her Master project was supported by Lofotrådet / Bo i Lofoten!

Since 2017 she is running Ocean Sounds Norway with her husband Bjorn in Bodo. 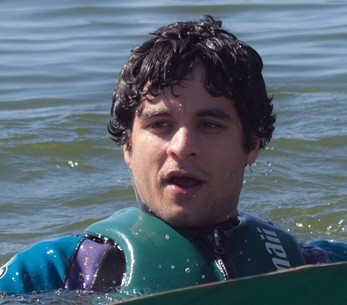 Brazilian who moved to Norway in 2008, got a bachelor’s degree in Biology at the University of Nordland in Bodø in 2013.
2015 Master in Marine Ecology at the University of Nordland in Bodø. His project in partnership with Dr. Vester / Ocean Sounds was to study distribution of Marine Mammals in the Vestfjorden from 2006 – 2014 using data acquired by Dr. Vester, and correlate this data with sea temperature, fishing, whale hunting, sonar activity, and seismic surveys.

The goal was to monitor marine mammal abundance and see how human activity may or may not have influenced whale distribution in the fjord, and how it changes over time.
His project was supported by Lofotrådet / Bo i Lofoten! 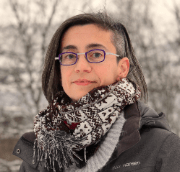 From the beautiful Tuscany (Italy), Giovanna moved to Northern Norway in 1999. She gained a PhD at the Department of Sociology, Political Science and Community Planning at the University of Tromsø in 2011. She is now employed at the School of Business and Economics at UiT The Arctic University of Norway, Tromsø. Among her research interests is the use of animals in tourism from an experiential and ethical perspective, and the related management challenges and possibilities. She has been studied whale watching in Northern Norway since the booming of the sector in 2011.
Giovanna offers her expertise to support Ocean Sounds in investigating and identifying best tourism practices to design and manage responsible encounters with marine mammals.

or make a donation