Here are our active members that work voluntarily for Ocean Sounds e. V., in addition we have >50 passive supporting members. 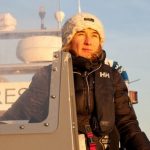 Born in Germany, studied Biology in Berlin and moved to Northern Norway in 1998.
1999-2003 Master thesis in Arctic Biology and Physiology at the University of Tromsø.
Moved to Henningsvær / Lofoten in 2004 and founded Ocean Sounds in August 2005.
Since 2003 studies the behavior and communication of Orcas in northern Norway.
Since 2006 studies all whales and dolphins, in particular long-finned pilot whales in the Vestfjord.
2008-2010 Scientific Tourism project in Patagonia, Chile.
2012-2016 lecturer for Animal Behavior and Biology of Marine Mammals at the University of Nordland in Bodø and supervised bachelor and master students.
2017 PhD in Biology on the vocal behavior of killer whales and long-finned pilot whales in northern Norway – in cooperation with the Cognitive Ethology Group/German Primate Center at the University of Göttingen in Germany, the Max Planck Institute for Dynamics and Self-Organization.
PhD thesis “Vocal Repertoire of two matrilineal whale species – the killer whale and the long-finned pilot whale in Norway

Madita is specialised in behavioural biology, animal social communication and photo-ID. Madita met Heike & Ocean Sounds at age 13 during holidays in Norway, fell in love with the project and has been an active member since. She volunteered as an assistant during her summer breaks from school and her work with Ocean Sounds inspired her to study biology. She graduated from FU Berlin and Leipzig University and is now conducting her PhD in behavioural biology at the Max-Planck-Institute for Evolutionary Anthropology in Leipzig. Madita is curating the Ocean Sounds Killer Whale Photo-ID project and and manages Ocean Sounds in Germany as 2nd Director, particularly in scientific outreach and environmental education. 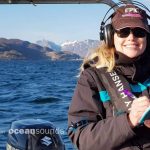 2014 Master of Science Degree in Marine Ecology from the University of Nordland: Distribution and vocal behavior of Atlantic white-sided dolphins (Lagenorhynchus acutus) in northern Norway. 2016 Main director in cooperation with Dr. Heike Vester for the Whales & Dolphins in Norway project. She also started a stranding network group in Bodoe with a stranded Sowerbys beaked whale. She moved to Norway in 2010 to study a Bachelor of Science Degree in Biology at the University of Nordland. She started working with Dr. Vester / OceanSounds in 2012 on her bachelor thesis on Killer Whale Photo-ID and completed her degree in 2012. She further pursued working with OceanSounds on her master thesis studying the vocal behavior and distribution of the Atlantic white-sided dolphins in northern Norway. Her Master project was supported by Lofotrådet / Bo i Lofoten! Since 2017 she is running Ocean Sounds Norway with her husband Bjorn in Bodo. 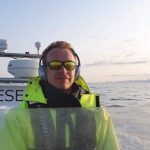 Director of Ocean Sounds Norway, Captain in the air, boat captain at sea.

When he is not flying for the airline, he can often be found out at sea driving the boat providing safe passage for the researchers, as well as taking photographs and operating the drones. 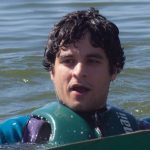 Brazilian who moved to Norway in 2008, got a bachelor’s degree in Biology at the University of Nordland in Bodø in 2013.
2015 Master in Marine Ecology at the University of Nordland in Bodø. His project in partnership with Dr. Vester / Ocean Sounds was to study distribution of Marine Mammals in the Vestfjorden from 2006 – 2014 using data acquired by Dr. Vester, and correlate this data with sea temperature, fishing, whale hunting, sonar activity, and seismic surveys.The goal was to monitor marine mammal abundance and see how human activity may or may not have influenced whale distribution in the fjord, and how it changes over time. His project was supported by Lofotrådet / Bo i Lofoten! 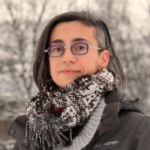 From the beautiful Tuscany (Italy), Giovanna moved to Northern Norway in 1999. She gained a PhD at the Department of Sociology, Political Science and Community Planning at the University of Tromsø in 2011. She is now employed at the School of Business and Economics at UiT The Arctic University of Norway, Tromsø. Among her research interests is the use of animals in tourism from an experiential and ethical perspective, and the related management challenges and possibilities. She has been studied whale watching in Northern Norway since the booming of the sector in 2011. Giovanna offers her expertise to support Ocean Sounds in investigating and identifying best tourism practices to design and manage responsible encounters with marine mammals. 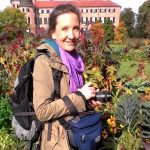 Nicola is a German behavioural biologist and specialized in killer whale bioacoustics and behaviour. She started working with Heike and Ocean Sounds in June 2016. Nicola has a Master of Science degree from the University of Hamburg, Germany, and wrote her Master’s thesis on the vocalizations and behaviour of killer whales in the North Pacific. In the year 2000 she started research on killer whales and worked as an independent biologist on several marine mammal projects in Canada, Scotland and Germany since then. Currently, Nicola  is helping Ocean Sounds in Germany. 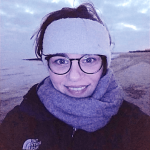 With a constant interest in marine mammals and their habitats, Leila-Marie joined Ocean Sounds in autumn 2019. In addition to her work in the Faculty of Linguistics and Literature at Bielefeld University, she supports the association with text and fair work and will assist during the upcoming field research phase in Northern Norway.
Following on from her master’s degree in linguistics, with a focus on language and communication, a doctorate in the field of communication behaviour of marine mammals, more precisely killer whales, is an option under consideration.

Assistant for Ocean Sounds e. V. He helps wherever needed!